The Art of Snowmaking

What is snowmaking? It has become essential to providing reliable skiing and riding in California. Virtually every resort makes snow, some covering almost the entire mountain, others with very modest systems only designed to supplement natural snowfall.

Machine made snow - not man made, not artificial - is simply that: snow made by a machine. It's no different than natural snow, a combination of air and water, which is sent through hoses at very high pressures to 'atomize' the water, in essence blowing it apart into millions of small particles that at the right combination of air temperature and humidity - known as the 'wet bulb' temperature - falls to the ground as snow.

Can resorts open without any natural snow? Of course, if they have a snowmaking system large enough that can produce enough water to convert to snow in a short period of time, generally a few to several nights. How much terrain a resort can open on machine made snow depends on its capacity - how much compressed air (CFM) it has to work with the water, and how many gallons per minute (GPM) they can push up the mountain.

Why do they call snowmaking a 'non consumptive' use of water? Because exhaustive studies have shown snowmaking only consumes 12% of the water it pumps up the mountain. The other 88% goes back to the original source, in the case of China Peak, Huntington Lake. In essence ski resorts are simply 'storing' the water during the winter months, returning it in the spring as the snow melts. Resorts make the case water is better stored on a north facing ski slope all winter rather than a flat lake surface, where loss to evaporation exceeds the actual consumption of snowmaking water. In any event, the actual use of water is minimal.

What is the primary goal of snowmaking? Ski resorts rely on holiday business to have a profitable year, and when a drought comes along, as it has seven times in the 11 years since China Peak's new owners bought the resort, missing the Christmas/New Year holiday is almost certain to eliminate any real chance of having a profitable year. Too much of the year's annual revenues comes from the two weeks at Christmas, so it's imperative resorts can have most if not all their lifts and important runs open by the third week in December.

Why did China Peak invest over $3,000,000 in a new snowmaking system? Because the one that was installed over 30 years ago was very old with ineffecient snowmaking guns and not nearly enough water pumping capacity. So when the droughts hit in 2012,13,14,15,16 and 18 it nearly put the resort out of business as we couldn't get enough lifts and runs open fast enough. So even though it was an incredibly expensive investment, it was one that had to be made to make China Peak a viable business in the future, as California resorts are just not seeing the snowfall they saw prior to this past decade.

How big is China Peak's new snowmaking system? It ranks among the second tier of resorts in California, one of the ten largest systems in California. The top tier includes Snow Summit, Bear Mountain, Heavenly, Mammoth and Northar; the second tier woud include China Peak, Mountain High, Boreal, Diamond Peak, Sugar Bowl and Mt. Rose. When the 'wet bulb' temperatures hit the mid 20s and lower, China Peak's system can convert close to 4,000 gallons of water per minute to snow, which makes us capable of opening multiple ski runs across all lifts in a matter of weeks. We make snow on at least one run off each of our lifts.

So there you have a pretty solid explanation of how snowmaking works, how important is, and why China Peak invested heavily in a system that, if the weather cooperates, will provide reliable skiing by the Christmas holiday each season. 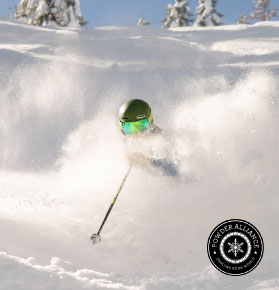 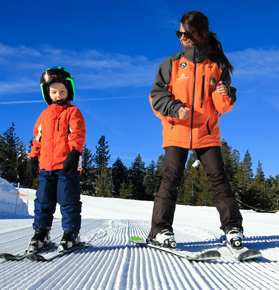 BOOK NOW >
STAY AT THE PEAK 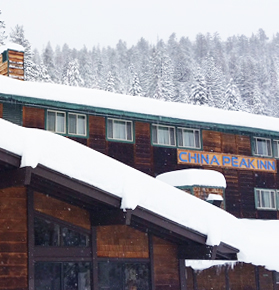